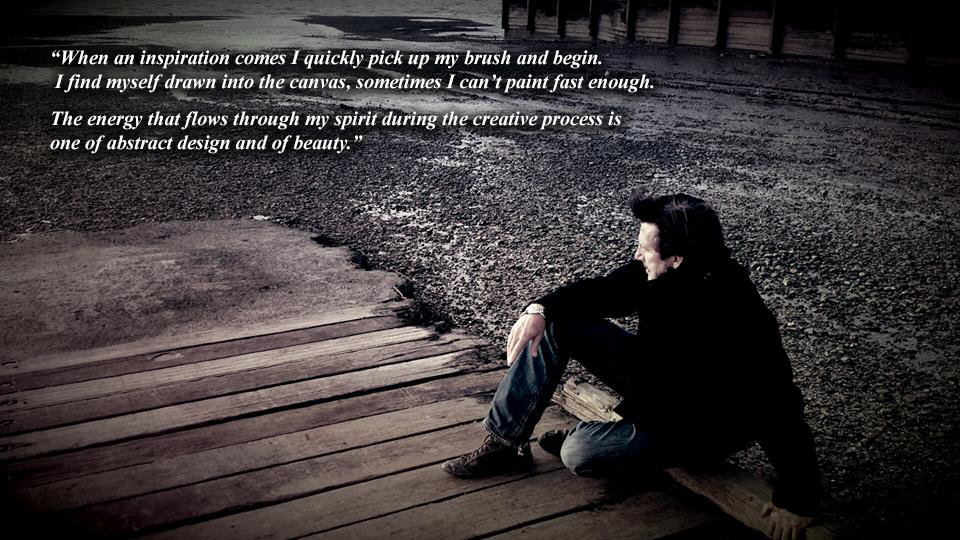 Gregory Scott Bedford is an accomplished actor and stand-up comedian. His wide “sphere of life experiences” fosters his creativity and design – all of which are major elements in his abstract paintings. This multi-talented artist began abstract collage painting during his breaks from acting. Painting provided Gregory with another outlet to release his creative energy, as well as to experience alternative methods for his creative process. His passion for the arts began as a ten year-old. His introduction into stage and the arts came naturally: his father was an art teacher for 30 years. A method actor by trade, he becomes one with his work not only in  the moment on stage or in film, but also in his art studio.

Greg has also been greatly influenced by the style, affect, productivity, and versatility of artists such as: Robert Rauschenberg, Helen Frankenthaler, Gerhard Richter, Robert Motherwell, Paul Klee, and Jackson Pollack. These artists have served as a basis for Greg’s artistic directions as he has strives to develop his own style that comes from within much like the fauve artist, Henri Rousseau. Such  freedom of expression has allowed him to expose his “inner soul” and his passion. Particularly the Asian Warrior series resonates that excitement, energy, and spirit.

To learn more about Gregory Scott Bedford as an actor,

check out his other web site: www.gregoryscottbedford.com

For a sample of his latest acting work,

see the clip of  The Blind Light.